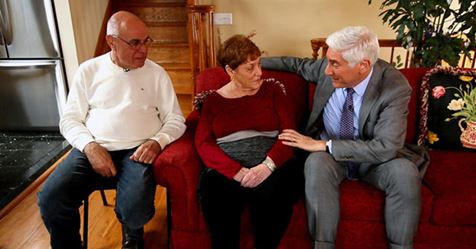 Following a Couple from Diagnosis to the Final Stages of Alzheimer’s. For 10 years, Dr. Jon LaPook has been checking in on Carol Daly, a woman diagnosed with Alzheimer’s, and her caregiver husband, Mike. After a decade, the disease has had a devastating impact on each of them.

Mike and Carol Daly have been married for 53 years. Like more than five million American families, they’re dealing with dementia. Carol has been suffering from Alzheimer’s, the main type of dementia.

What makes this story so unusual is that almost every year for the past 10 years we’ve interviewed Mike and Carol as Alzheimer’s took over her brain. Even though this is intensely personal, they wanted all of us to see the devastating impact of Alzheimer’s, on each of them, over a decade.