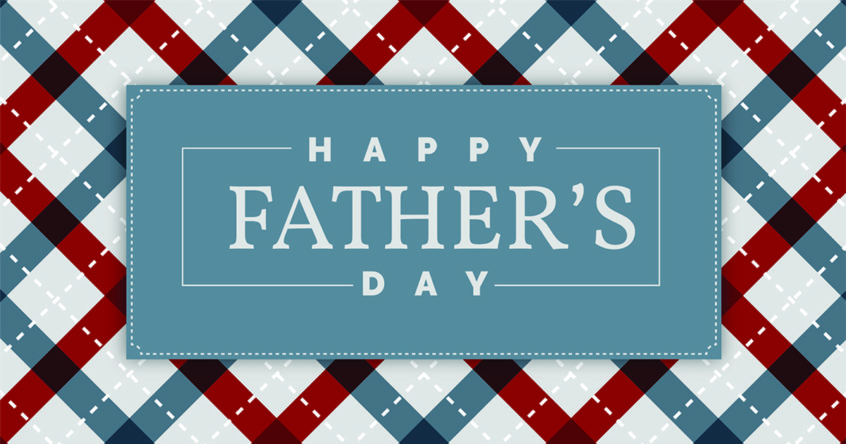 HAPPY FATHER’S DAY FROM GOOD SHEPHERD! MOTHER’S DAY: INSPIRATION FOR FATHER’S DAY: The “Mother’s Day” we celebrate today has its origins in the peace-and-reconciliation campaigns of the post-Civil War era. During the 1860s, at the urging of activist Ann Reeves Jarvis, one divided West Virginia town celebrated “Mother’s Work Days” that brought together the mothers of Confederate and Union soldiers.

Did You Know? There are more than 70 million fathers in the United States.

However, Mother’s Day did not become a commercial holiday until 1908, when–inspired by Jarvis’s daughter, Anna Jarvis, who wanted to honor her own mother by making Mother’s Day a national holiday–the John Wanamaker department store in Philadelphia sponsored a service dedicated to mothers in its auditorium.

Thanks in large part to this association with retailers, who saw great potential for profit in the holiday, Mother’s Day caught on right away. In 1909, 45 states observed the day, and in 1914, President Woodrow Wilson approved a resolution that made the second Sunday in May a holiday in honor of “that tender, gentle army, the mothers of America.”

The campaign to celebrate the nation’s fathers did not meet with the same enthusiasm–perhaps because, as one florist explained, “fathers haven’t the same sentimental appeal that mothers have.”

On July 5, 1908, a West Virginia church sponsored the nation’s first event explicitly in honor of fathers, a Sunday sermon in memory of the 362 men who had died in the previous December’s explosions at the Fairmont Coal Company mines in Monongah, but it was a one-time commemoration and not an annual holiday.

The next year, a Spokane, Washington, woman named Sonora Smart Dodd, one of six children raised by a widower, tried to establish an official equivalent to Mother’s Day for male parents. She went to local churches, the YMCA, shopkeepers and government officials to drum up support for her idea, and she was successful: Washington State celebrated the nation’s first statewide Father’s Day on June 19, 1910.

Slowly, the holiday spread. In 1916, President Wilson honored the day by using telegraph signals to unfurl a flag in Spokane when he pressed a button in Washington, D.C. In 1924, President Calvin Coolidge urged state governments to observe Father’s Day.

In other countries–especially in Europe and Latin America–fathers are honored on St. Joseph’s Day, a traditional Catholic holiday that falls on March 19.

Many men, however, continued to disdain the day. As one historian writes, they “scoffed at the holiday’s sentimental attempts to domesticate manliness with flowers and gift-giving, or they derided the proliferation of such holidays as a commercial gimmick to sell more products–often paid for by the father himself.”

During the 1920s and 1930s, a movement arose to scrap Mother’s Day and Father’s Day altogether in favor of a single holiday, Parents’ Day. Every year on Mother’s Day, pro-Parents’ Day groups rallied in New York City’s Central Park–a public reminder, said Parents’ Day activist and radio performer Robert Spere, “that both parents should be loved and respected together.”

Paradoxically, however, the Great Depression derailed this effort to combine and de-commercialize the holidays. Struggling retailers and advertisers redoubled their efforts to make Father’s Day a “second Christmas” for men, promoting goods such as neckties, hats, socks, pipes and tobacco, golf clubs and other sporting goods, and greeting cards.

When World War II began, advertisers began to argue that celebrating Father’s Day was a way to honor American troops and support the war effort. By the end of the war, Father’s Day may not have been a federal holiday, but it was a national institution.

In 1972, in the middle of a hard-fought presidential re-election campaign, Richard Nixon signed a proclamation making Father’s Day a federal holiday at last. Today, economists estimate that Americans spend more than $1 billion each year on Father’s Day gifts.

FACT CHECK We strive for accuracy and fairness. But if you see something that doesn’t look right, contact us!