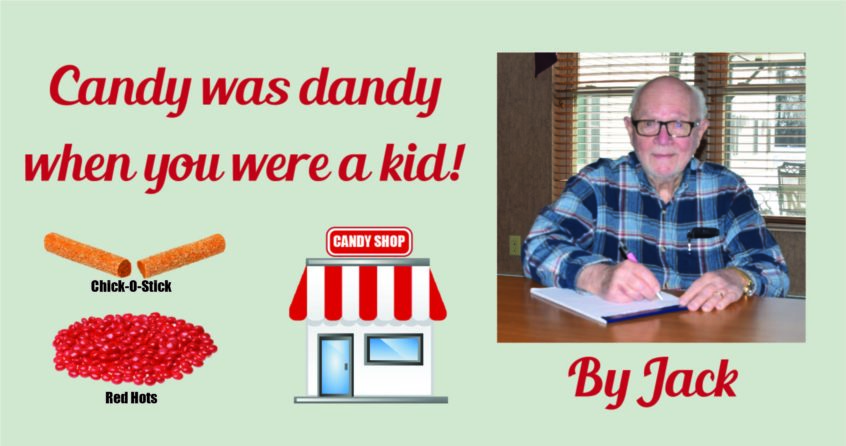 Candy was dandy when you were a kid. Treats were always something to look forward too. Even as an adult a sweet treat brings up your spirit for a moment. My son recently investigated the candy of the 1930’s. This was my era as a kid. So, he and I sharing the same birthday dates, thought it to be interesting to check the sweetness of the 30’s.

The Great Depression changed peoples lives dramatically. The economy of the 1920’s was the exact opposite, so something had to be done to enliven the people’s daily lives. Difficulty finding work and managing a household brought a need for something inexpensive to change people’s general outlook on life.

Activities that were common in family life were board games such as Monopoly, the always popular Bingo, and interestingly writing chain letters. But one of the greatest joys was candy. The good old-fashioned, familiar, sweet comfort of candy. The top 10 candies found something called Chick-O-Stick with a honeycomb outside filled with peanut butter filled inside in a tube fashion to be eaten whole or broken into to share. Canadians called this candy chicken bones.

The Big Hunk was a candy of honey nougat filled with roasted peanuts. It gained popularity very quick. Some people preferred to freeze before eating.

Candy Buttons were introduced as small buttons on a sheet of wax paper to easily be removed to consume one at a time. These were colorful buttons coming in pink, blue, and yellow. These are still produced today to the number of 750 million. Also, they make cake and cupcake decorating complete.

A cough drop manufacturer, William H. Luden, decided to enliven people’s spirits by making a bar of layers of crunchy peanut butter called Fifth Avenue. The name was chosen to make you feel more upbeat while eating the candy bar.

If you like caramel, then Sugar Babies are a treat for you. These candies are caramel soft in the inside and harder coating of caramel on the outside.

If you really need a “Pep-Up” then the candy for you is the Red Hots, a red hots cinnamon fiery flavor. A company called Ferra Pan Candy was a big producer of crunchy coated candy.

Finally, a bar most of you have enjoyed was a Snickers. Frank Mars, Mars Corp, learned his trade from childhood as he helped his mother make candy in their kitchen.

What is your favorite candy?