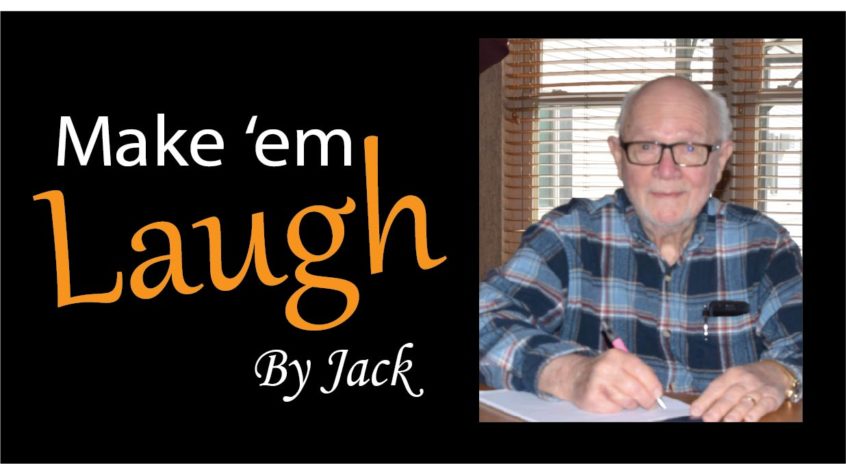 Humor followed by laughter or sit long, talk much, and laugh often maybe a good moto as we hopefully see the light at the end of the tunnel.  Friends together usually include laughter in their interchange of conversation. Maybe a joke or two brings humor to the forefront in time spent together.

Recalling the past when we looked forward to be entertained by comedians, brings to mind Kings of comedy.  Individuals like Bob Hope and Red Skeleton were able to hold a crowd in contentious laughter.  Hope was known for his quick wit.  He was able to entertain on stage, the movies, and later TV.  He traveled thousands of miles to bring laughter to our military.  Bob Hope even brought laugher to a National Scout Jamboree in Coeur d’Alene, Idaho.  As a Scout leader, among 28,000 scouts, I enjoyed his performance.

Red Skeleton, on the other hand, brought laughter through physical antics, and clownish attire.  His repertoire included mimicking humans as well as animals.  Once again, we waited patiently for his weekly TV show.

I am assuming comedians have been around forever getting positive feedback from people who enjoyed their comedy whether physical or spoken.

This brings to mind a court jester usually employed by the King.  This person performed as a clownish character.

The early silent and then talkies movies were a venue for early comedic teams.  England provided a pair of comics called Oliver and Hardy.  Dressed in suits and ties with a black plug hat provided continual humor with situational antics and an air of British humor.

Another dual, after using the stage to become popular, used the motion pictures for wider acclaim, were Abbott and Costello.  They brought their humor to the war effort, World War II, by using their popularity to sell war bonds.

A trio of comics made a number of short films.  Their comedy was referred to as slap-stick.  The Three Stooges as they were billed used physical action to entertain.  Again, their venue was the stage and short movies.

A foursome came to popularity at the same time known as the Marx Brothers.  They were led by brother Groucho.  One brother was a talented harpist.  Groucho had his own quiz show in later years.

I will leave you with a church joke.

A number of years ago on a Saturday night a strong windstorm blew off part of the village church roof.  Sunday morning brought worried parishioners to the church service.  The pastor announced to the congregation that he had some bad news, some good news, and more bad news.

The first bad news he said was obvious, “we can see the sky. The good news is I have the money to cover cost of repairs.  Now the bad news, the money is still in your pockets.”