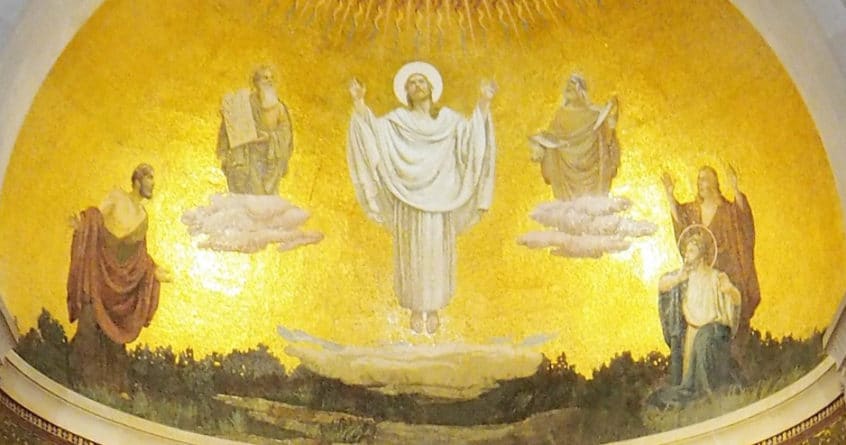 The Transfiguration of Our Lord

The Scriptures tell us that Jesus, along with Peter, James, and John went up on a high mountain. There Jesus’ clothes became a spectacular dazzling white, and His face shown like the Sun.  Moses and Elijah were also there “in glory” talking with Jesus. This event gave these three disciples a glimpse of Jesus’ divine majesty. It helped to confirm and solidify their faith that He was Lord. They needed this service to endure the troubles and tests soon to come upon Jesus’ mission that was heading to the cross. The voice of God the Father also spoke with a grand testimony from Heaven, “This is my beloved Son with whom I am well pleased, listen to Him.” It was a similar to what the Father spoke at Jesus’ baptism by John at the Jordon. However, this time, it included the emphasis, “listen to him!” The disciples were to take to heart the voice of God speaking that day. Such commitment from the Father is what the Holy Spirit used later to powerfully work through those Jesus sent out to begin building His church. “For we were eyewitnesses of His majesty…and heard the voice from Heaven that day on the holy mountain” (2 Peter 1:16-18). God’s very Son was shown to be man in dazzling glory fulfilling what ancient prophecy had foretold, “I, I am the Lord, and besides me there is no Savior” (Isaiah 43:11).