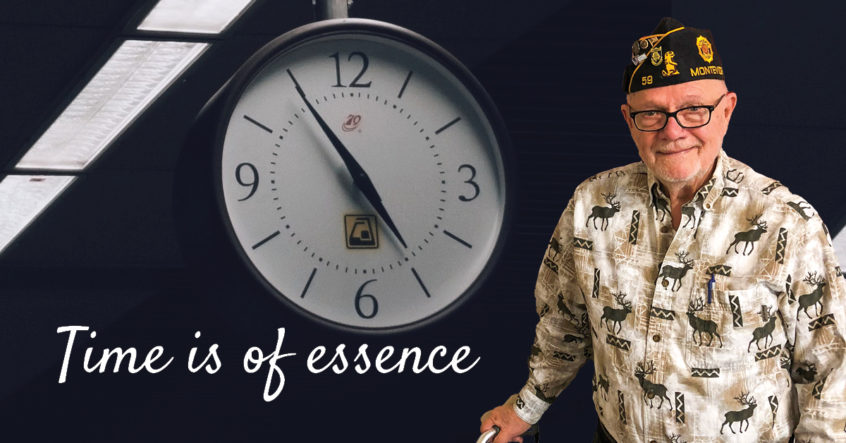 Time is of essence.  As you read this, “Old Man 2020” is long gone and replaced by the “Baby” enshrouded with a banner reading 2021.  The old man from last year looks a bit more weary from the burden of the on-going pandemic.  However, over the past years have proved to be a struggle for humanity.

Keeping meaningful records of the past depend on some accuracy in recounting events.  In the very early days, without the benefit of a calendar or clock, people were relying on the sun, moon, and seasons.  This led to an observation by early Egyptians who used the rise of the Nile River, which occurred annually over flowed its banks. With this yearly occurrence, they counted the new moons, thus 12 “moonths” or months.

Without a mechanism to break down time of day, people continued to start their work day at sun-up and end at sundown.  Eventually, putting together a series of cogged wheels and weighted balances clocks became part of the daily life.

The first clocks were mounted in buildings in town squares. Where they were visible to all the people.  Smaller, home clocks were developed as the technology improved.

Time keeping played a part in helping early sailors find the way on the open waters of the oceans.  One of the early techniques was using the sun and the stars.  The early mid-easterners invented an instrument called the astrolabe to find their way across deserts.  The instrument could be useful in calculating latitude, how far north or south on the earth surface.  The next puzzle was calculating east and west.

To solve this problem the scientific minds in England were given the challenge.  To encourage the “great” scientific brains a $25,000 prize would be awarded to the winner.

Time keeping by a clock solved the problem.  An English clock maker developed a clock that could withstand the rocking of wooden ships of the day and still keep accurate time.

On leaving England, the prime Meriden line of longitude, a measuring of 15 degrees of longitude began.  The rudiments of the formula, as I remember it, were the following.  Knowing the length of the ship, time was recorded to sail 15 degrees.  This was done by dropping a log tied to a rope over the ships side of the ship and then multiply its length, the ship was then timed for distance.  Thus, 24 hours of time zones, 360 degrees of one turning of the earth.

The Royal Scientific society in England wasn’t impressed that lowly clockmaker figured out the way of calculating longitude.  It took a number of years before the society would begrudgingly award the prize money.

Years, months, days, minutes, and seconds are recording our history.  Time is what we live by and our watch keeps ticking or blinking or maybe its now our phone.