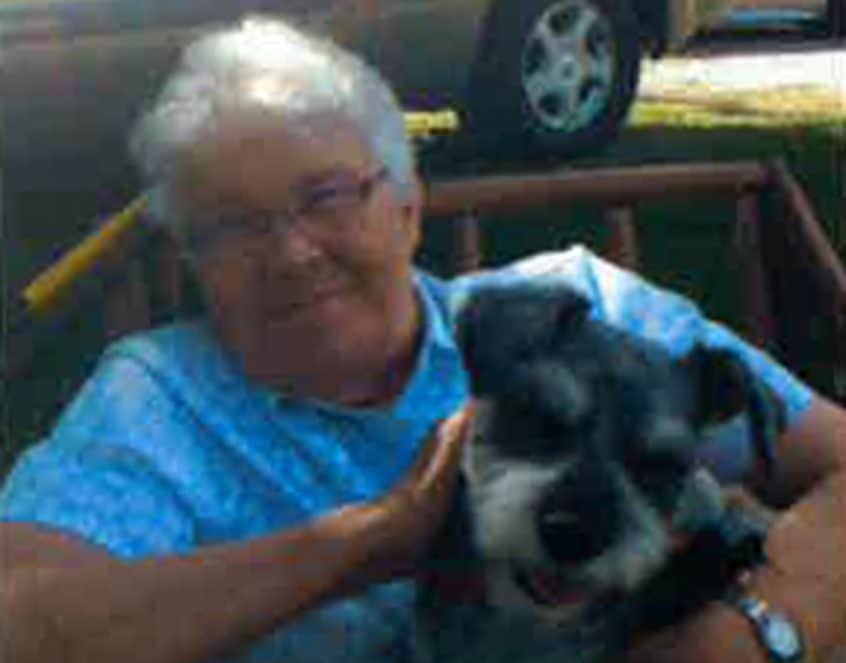 Meet Rena of Shepherd of Grace

Rena was born on October 8, 1932 and she lived in the Wadena area. Her parents were farmers and she has one brother, John, who now lives in Hutchinson. He was also a teacher but has now retired. Growing up on the farm meant a lot of chores and helping around the house. Other than helping with farm chores, feeding and caring for the animals, Rena was very involved with school activities, 4-H and teaching Sunday school. She loved riding her horses and cross country skiing in her spare time. She raised pure bred Southdown sheep, Rat Terrier dogs (and sold the pups) and Jersey cattle.

After graduating high school, Rena attended a one year teaching course in Staples. She then attended college for five years attaining her major in elementary education and minors in elementary special education, and elementary art from St. Cloud State University. She later received additional credits from the University of Minnesota, St. Thomas, Bemidji State and Brainerd College. Most of her classes were intermittently done while she was teaching through night classes and extension courses.

Rena taught school for 40 years (1951-1991). She taught for seven years at a rural elementary school, 10 years of 4th grade at Pillager Elementary, and 25 years of Kindergarten at Motley Elementary.

Rena grew up in the same community as Chester (Chet) Underhill. They dated and fell in love after Chet returned from a stint in the US Army Air Force during WWII. They got married on June 7, 1954. Chet owned and operated a gun shop, was a driver for Land O’ Lakes and worked in a local hardware store as well as other odd jobs.

Together Chet and Rena had three beautiful daughters: June Winter, a nurse who now lives in Pillager and works as a caregiver in an adult foster care home; Lori Keating, who was an airline attendant and later went to work in a dental supply office and now lives in Seattle, Washington; and Susan Eckes, an accountant who now lives in Monticello. Rena is a very proud grandmother to 6 grandchildren and 6 great grandchildren. She is especially close to two of her great grandchildren as she took care of them when they were babies until they were five and six years old. She loved the experience of caring for them and spending time and creating priceless memories.

Rena traveled a fair amount and enjoyed trips to Hawaii, Florida, Alaska and the East and West Coast states. In her travels, she collected teapots, cups and saucers. She is very proud of her Jersey Cow statue; it was a national award that she won in 4-H Club for setting a record in dairy production.

Rena lived in Motley in the same house for over 60 years until she moved into Shepherd of Grace in late August 2016. She has two dogs; Max is a Boston Terrier and Nikki is a Schnauzer. Her dogs are currently living with her daughter and son-in-law; she visits them frequently.

Sadly, Chet passed away in October 1969 at the very young age of 42. Rena took care of a very large, old house and yard by herself for many years. Rena’s family was worried about her living alone and quite a distance from her family so they asked her to move closer to them. They had heard about Shepherd of Grace from friends whose mother had lived here.  She applied and was on the waiting list for a short while. She just happened to be in Seattle visiting Lori’s family when she got the call that an apartment had become available. She accepted the apartment sight unseen and when she returned home, the whole family went to see it after a family picnic.

Although she misses her dogs, Rena is very happy living at Shepherd of Grace. She enjoys the ladies club where they do crafts and projects while having great conversations and discussions. She also stays busy scrapbooking old photos and memorabilia for her family.

Her favorite quote is, “I’ve learned that there’s no elevator to success. You have to take the stairs,” by Zig Ziglar. Rena has certainly lived her life by that motto and has accomplished a lot in her lifetime.

We are proud that Rena calls Shepherd of Grace home.